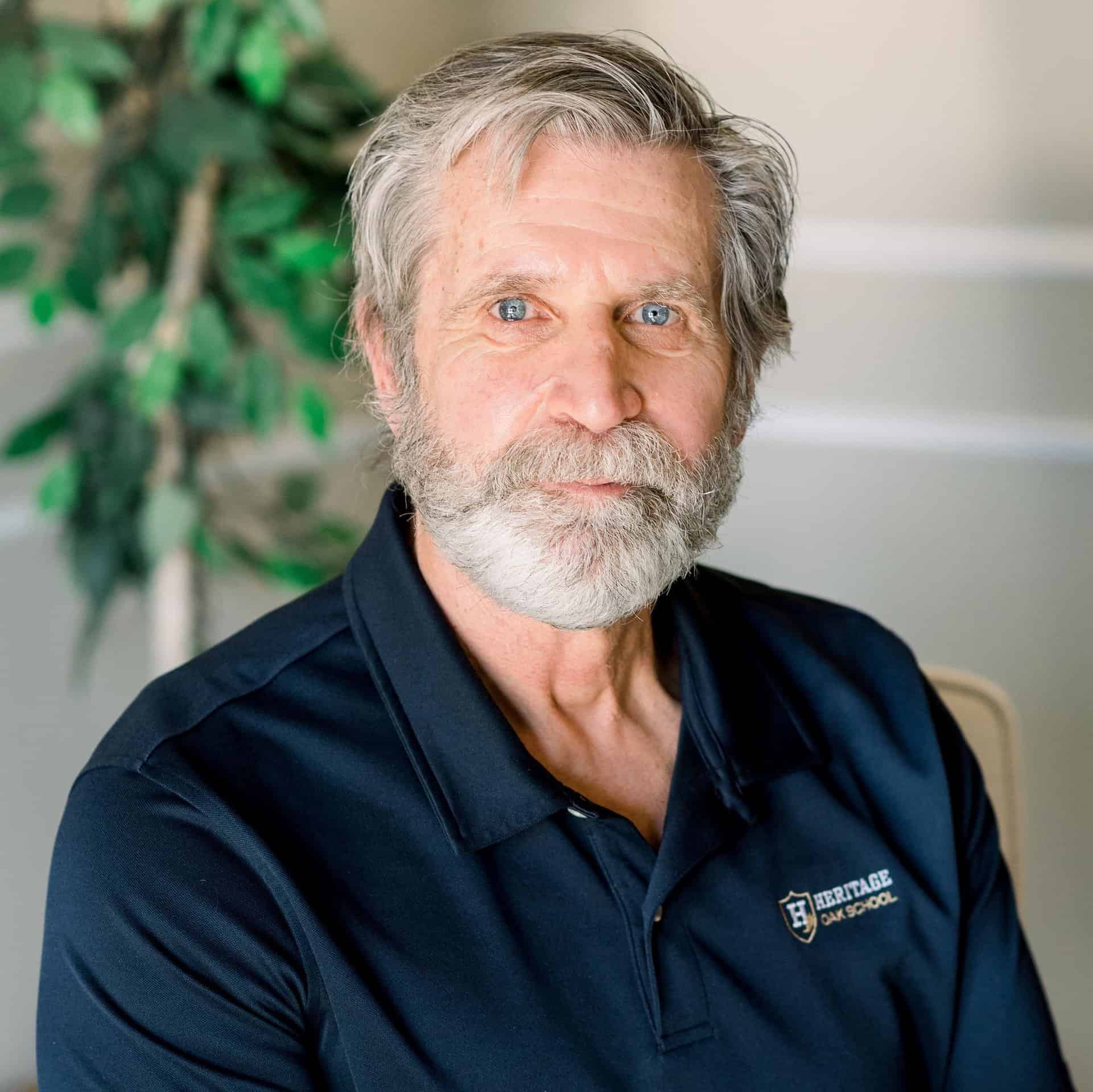 Warren earned his Ph. D from Michigan state University and went to work at the Naval Air Warfare Center in China Lake, CA where he spent most of his engineering career working on different projects related to the Navy’s tactical weapons. After becoming a Christian, Warren started teaching the Bible and realized that he enjoyed teaching. He combined this with his love of mathematics and after retiring, started teaching math and science at a Christian School in Ridgecrest, CA. When his family relocated to Tehachapi, Warren shared that Heritage Oak School was the logical choice to continue his passion for teaching.

“The astronomer, physicist, Galileo said: ‘[Natural]Philosophy is written in this great book which is continually open before our eyes–I mean the universe–but before we can
understand it, we need to learn the language and recognize the characters in which it is written. It is written in the language of mathematics, and its characters are triangles, circles, and other geometrical figures, without which it is humanly impossible to understand a word of what it says. Without these, it is just wandering aimlessly in a baffling maze.’”

“For me, teaching is about encouraging students to learn the language of mathematics to be able to understand God’s laws of nature. The study of math reveals God’s orderliness and should cause us to glorify God for His amazing precision in creation.”

When asked about what he likes most about Heritage Oak School, Warren says being able to encourage the students daily to trust God for all their needs and to seek to glorify Him by their lives. This results in students who, ultimately, want to do their work as unto the Lord, rather than just for a grade.

Ask the Head of School

HOS has a non-discriminatory policy. We welcome students of any race, color, national and ethnic origin to all the rights, privileges, programs and activities generally accorded or made available to students of the school. We do not discriminate on the basis of race, color, national or ethnic origin to administration of our education policies, admission policies, scholarship and loan program, athletic and other school-administered programs.